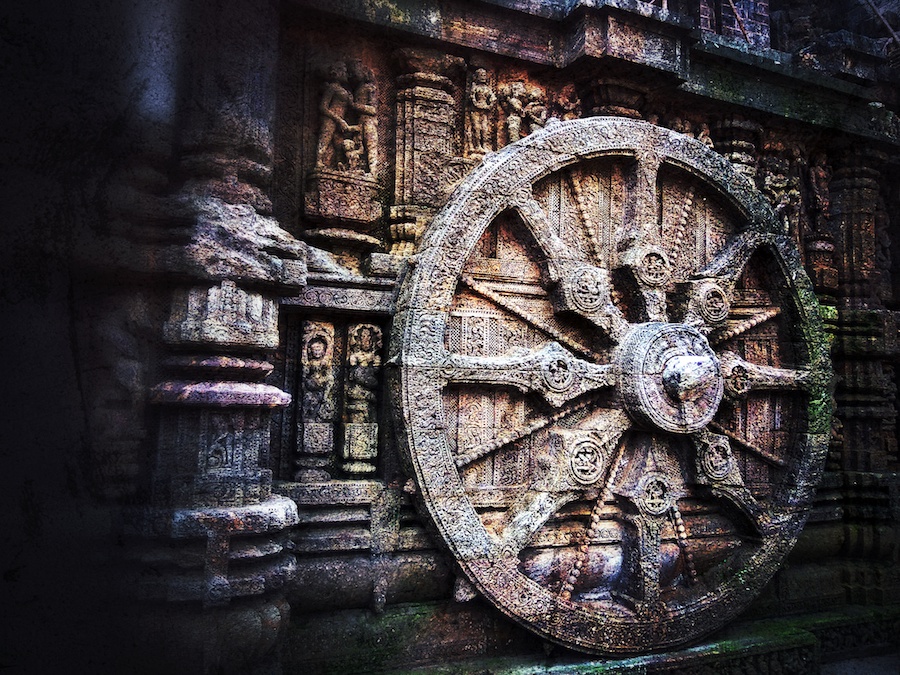 Lately, my study of the Bhagavad Gita has been keeping me very occupied. The deeper I was getting into it, the more I was feeling the need to understand the bigger context in which this divine conversation between Krishna and Arjuna took place. I went through a series of books, and while all were enriching in their perspective and were terrific as stories, they did not give me the background I wanted to understand the Gita better. So I spent a fair bit of time searching for a good English translation of the Mahabharata (Bhagavad Gita is a conversation within this epic) only to realize there aren’t many.

The easiest translations to find were the ones by Kisori Ganguli and Manmatha Dutt both published in the late 1800s. I found these two online for free (as they’re out of copyright) but the old writing style was a barrier as was the cumbersome task of reading them on the computer. Two other translations are from the University of Chicago and the New York University’s Clay Sanskrit Library, both of which are not complete. While I was looking for reviews online, I found one reader comment that in the former ‘Kshatriya’ was translated as ‘Baron’ and I did not investigate further. So, where can one get a complete, readable Mahabharata in English?

In the search for this answer, I discovered BORI or the Bhandarkar Oriental Research Institute. BORI took up the project to compile a ‘Critical Edition’ of Mahabharata in 1919. This edition would be a consolidation of all the available manuscripts, across all vernacular languages, sourced from different states of India. It was a massive project, and many scholars were involved in distilling the true Mahabharata, without the later additions, regional interpolations, and other unnecessary factions. (The version being referred to by most writers and scholars before this was called the Vulgate edition and it was from the 17th century).

Finally, after five decades and ~1300 manuscripts later this critical edition of Mahabharata was published in 1966. But and a big but, only the final shortlisted shlokas were printed in Sanskrit, not the translations. It was disappointing, but not for long because soon I discovered that there was a writer in Kolkata who was working on translating this critical edition into English. (It is a bit uncanny that all modern translators of this epic have been from the state of Bengal!)

This writer was Bibek Debroy, and he has over six years finished the complete translation of the Critical Edition of Mahabharata as published by BORI into English. These are a set of ten books, and I will write another review once I have read all of them (or perhaps midway!). But for now, I am absolutely thrilled with this collection. He writes beautifully, earnestly and keeps it simple for the reader. There are no diacritical marks, no unnecessary scholarly speed bumps to interrupt the reading, and in his words, he has kept to the text to the extent possible.

There are some notable exceptions in the critical edition which may not find favor with everyone. For instance, the exclusion of the story of Lord Ganesha being the scribe of Sage Vyasa for writing this enormous epic. And as per a news article, even the disrobing of Draupadi has not been included in the final manuscript by BORI Scholars. The article states that any text which does not appear in every single script used has not been included. If you’re interested you can buy the full set here. Or you can start with book one here.

I shall write further, once I’ve read more of this translation. Till then here are a few other very interesting reads on Mahabharata that I’ve read over the years.

This book is simple, easy to read and the author knows how to weave a beautiful story. Jaya gives a brief overview of the Mahabharata for those on the go, through its 108 chapters and many striking illustrations. Given that the original epic has close to a million verses and could take years of study, this is an excellent book to start.

The book was originally written in Marathi which is considered a much better version because the English rendition is not an exact translation. Many sections have been rewritten or modified, but I enjoyed reading it. In this book, one finds essays on different characters of Mahabharata and the story as it unfolds through their perspective. She brings up some controversial but well-substantiated perspectives. For instance, she postulates that Vidura is the birth father of Yudhishthira (the eldest Pandava). Vidura is the uncle of the Kauravas and Pandavas who was born of a maid and thus has no royal standing himself.

A beautiful book to read as this is a woman’s take on Mahabharata ~ from the perspective of Draupadi. Not satisfied with the portrayal of women in the epic, Chitra Banerjee wrote this book most poignantly. In her version, Draupadi was secretly always in love with Karna and regretted her decision to marry the Pandavas. Taking words from the author herself, “It is her life, her voice, her questions, and her vision that I invite you into in The Palace of Illusions”.

Do you have your favorite translations of the Mahabharata? Do share in comments or feel free to drop me a line through the contact section of the website. Happy reading!